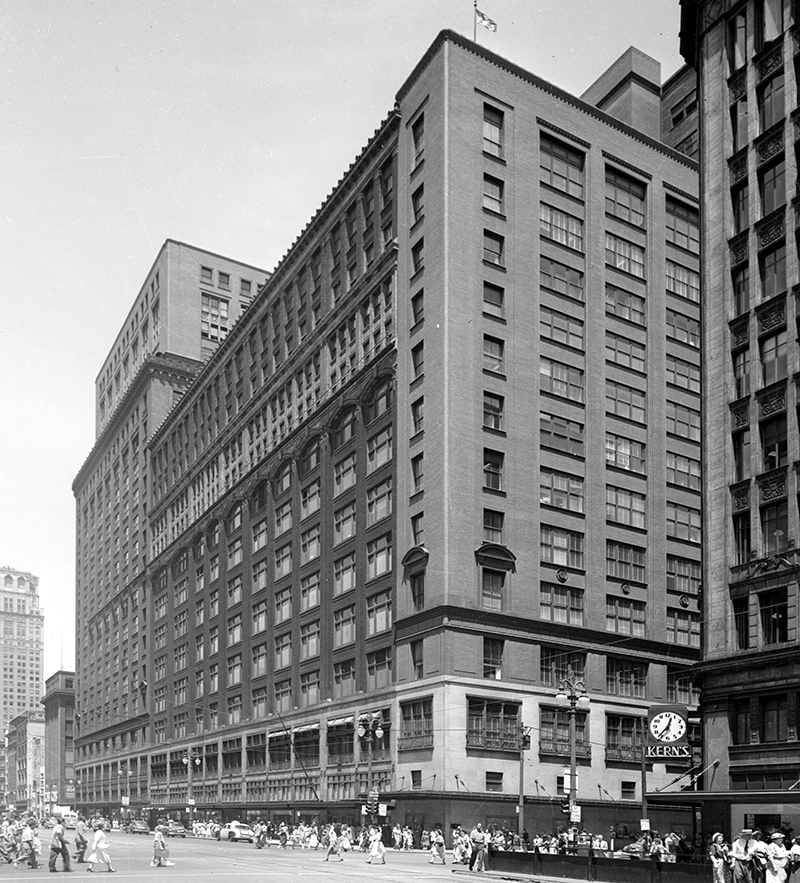 Hudson’s (also known as the “Big Store” and “J.L. Hudson's”) broke ground in 1891. As the store’s physical footprint grew over the decades, so did its place in the collective experiences and memories of Detroiters. Ultimately, the store would undergo 12 expansions, reaching a height of 25 stories and covering an entire city block. For generations, Hudson’s was the premier retailer in Detroit and one of the most important department stores in the country. The massive flagship store anchored the bustling Woodward Avenue corridor and was a destination location for domestic and international shopping enthusiasts.

Despite its history and outsized presence in Detroit, Hudson’s closed its doors in 1983, and was imploded in 1998, leaving a large vacant space in the heart of this great American city. The original building may be gone, but what remains are the memories and significance the store contributed to Detroit.

For office, residential and retail inquiries, please fill out the form below: